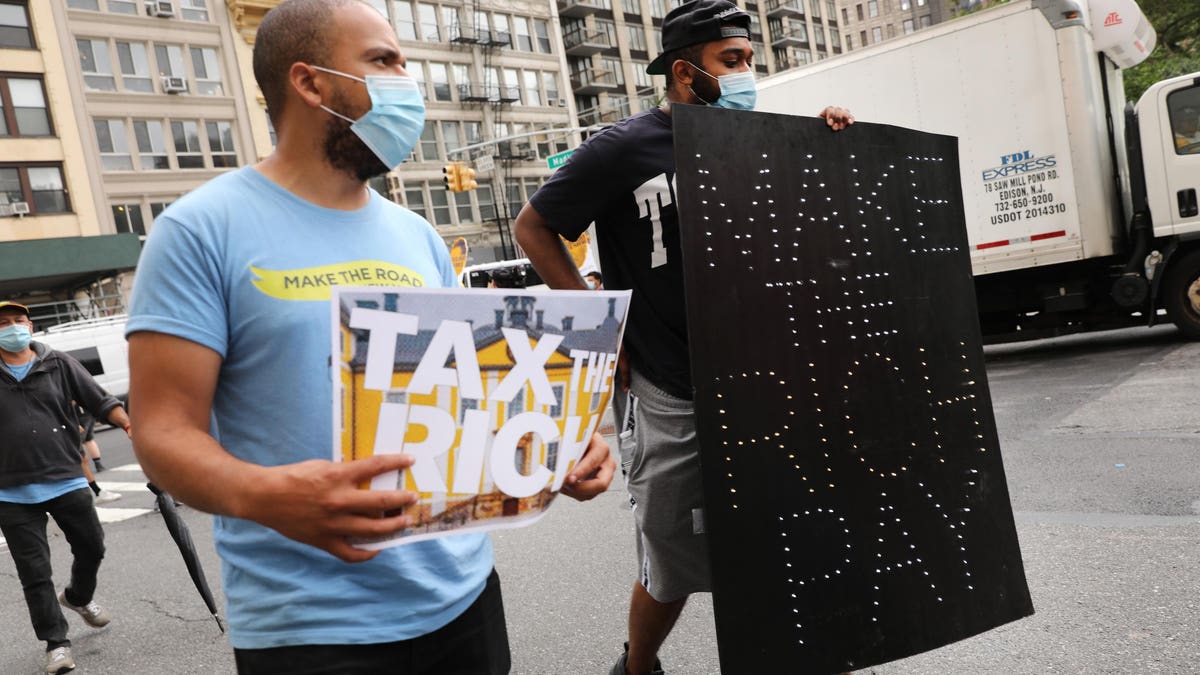 The bill would apply an additional 10% tax to individual incomes that exceed $1 million and the income of married couples above $2 million.

The surtax would apply equally to wages, for which the top tax rate is 37%, and investment income, including capital gains, for which taxes max out at 20% for long-term gains.

The legislation would increase federal revenue by $634 billion over 10 years and would only impact the richest 0.2% of Americans, according to Tax Policy Center estimates.

The bill was introduced in the Senate by Sen. Chris Van Hollen (D-Md.) and co-sponsored by Sens. Sherrod Brown (D-Ohio), Amy Klobuchar (D-Minn.) and Jeff Merkley (D-Ore.), and introduced in the House of Representatives by Rep. Don Beyer (D-Va.).

Sen. Brown stated, “there’s no reason why the richest people in the country should be paying less in taxes than the workers that they employ,” adding America’s wealthiest citizens “are going to continue exploiting loopholes” until they are closed.

The legislation was initially introduced in November 2019 but did not receive a vote and died in Congress. On Tuesday, ProPublica published the results of an investigation based on more than 15 years of confidential individual tax data leaked from the Internal Revenue Service. ProPublica discovered the 25 richest Americans paid a “true tax rate” below 3.5% between 2014 and 2018. That rate was far less than the median American household, which paid around 14% annually in federal taxes while earning approximately $70,000. ProPublica reported that Amazon founder Jeff Bezos paid an actual tax rate below 1% despite a nearly $100 billion increase in his wealth between 2014 and 2018. Elon Musk, the CEO of Tesla, saw his wealth grow by $13.9 billion over those four years and paid a true tax rate of roughly 3.3%.

To fund his $1.8 trillion American Families Plan, President Joe Biden has proposed raising the income tax rate for wealthy households from 37% to 39.6%, starting during the 2022 tax year.

What To Watch For:

When the bill was first introduced in the 116th Congress, Republicans held a majority in the Senate and were opposed to overturning the tax cuts they had enacted in 2017. With Democrats now in control, the authors of the legislation are hoping for a different outcome. It’s worth noting that a 2020 Reuters/Ipsos poll found that 64% of Amercians strongly or somewhat agreed that “the very rich should contribute an extra share of their total wealth each year to support public programs.”

“The Millionaires Surtax is a sensible plan to restore fairness to the tax code, fight rising inequality, and fund important priorities for the American people,” Beyer said in a news release. “The Republican tax cuts, as we feared, led to enormous benefits for the wealthy. Our legislation would require the wealthiest to pay their fair share and help prevent tax avoidance, which has been an enormous problem in enforcing our tax code.”

80%. That’s the percentage of U.S. tax revenue raised off the top 1% of the wealthiest Americans in 1918, according to historian W. Elliot Brownlee.

The Inflation-Fighting Doomsday Fund
What’s Reasonable For Late-Filed Foreign Information Tax Returns?
The value-added tax brings in billions for other countries, but the U.S. doesn’t have one
Recovery Of UK VAT By Holding Companies- Getting It Right
Amazon Prime Day starts soon. These are the top deals so far