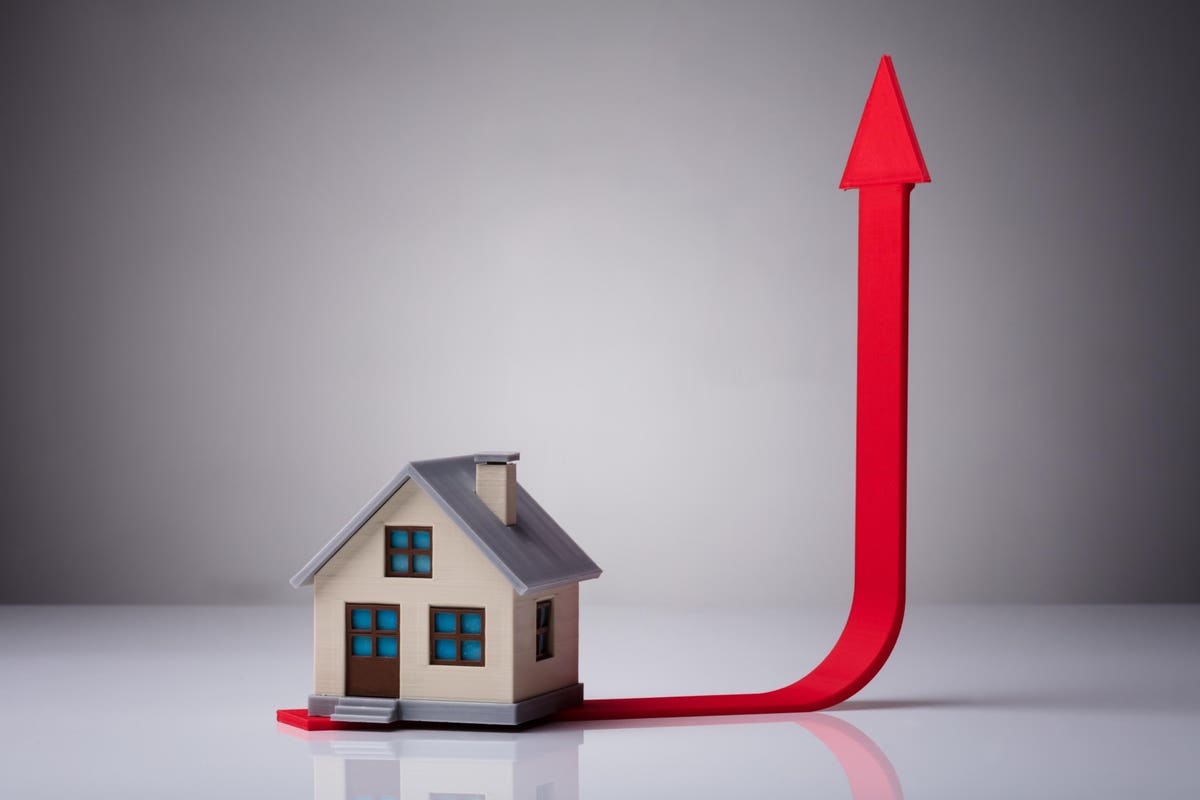 Looking to buy a house, but think house prices are going crazy?  You’re not wrong. Housing prices are rocketing upwards across the country, showing their biggest annual gain since 2005.  Existing homeowners are adding to their housing wealth, while younger, less affluent, and nonwhite buyers are facing little supply and rising costs.

Housing price pressures are found across the country.  According to the Case-Shiller index, single family home prices rose nationally by 13.2% in the year ending March 2021,.  That’s for the entire country, from Omaha to Miami, not just specific hot urban markets.

Metropolitan markets show the same pattern in the Case-Shiller data—a 12.3% gain in the New York metro (slowing prices in Manhattan were offset by rising suburban prices), 13.4% in Los Angeles, and even 12.3% in Detroit.  The hottest markets?  Seattle, up 18.3%; San Diego, up 19.1%; and leading the nation’s metros, Phoenix with a 20% annual increase.  (Phoenix is not just hot in terms of temperature, even though it is setting new heat records.)

So what’s driving these prices?  Harvard’s Joint Center for Housing Studies (JCHS) has a good checklist of what is, and isn’t, pushing prices up.

Unlike some previous housing price spikes, rising prices can’t be blamed on tight labor markets.  Although unemployment continues falling as the economy recovers (due in significant part to President Biden’s recovery policies), May’s 5.8% rate was still well above the 3.5% pre-pandemic low in February 2020.  And Heidi Sheirholz of the Economic Policy Institute notes “we still have 7.6 million fewer jobs that we did” before the pandemic recession.

Nor can general inflation be blamed.  When all prices are rising steadily, then housing can be pulled along with it.  But even with inflation’s upward bump in May, many economists (along with the Federal Reserve and other policymakers) don’t see a long-term inflation threat.  May’s bump is more likely due to temporary supply chain bottlenecks and other one-time factors occurring as the economy comes out of the pandemic.

As Biden Administration economists explain, these type of increases are “base effects”— relatively high percentage increases occurring when “the base, or initial month, of a growth rate is unusually low or high.”  We are now one year out from the pandemic-induced virtual collapse of the U.S. economy, so last year’s artificially low base levels mean we are now seeing some high—but likely transitory—increases in inflation.

Finally, unlike the 2007 housing meltdown that pulled the entire economy into the Great Recession, lax credit and lending standards aren’t the reason for high prices.  Back then, poor lending standards and lax regulatory policy built up a rickety tower of bad loans that eventually collapsed.  As graphically shown in the book and movie The Big Short, buyers were speculating on house prices, fed by lenders’ abandoning prudent lending policies and inadequate government oversight.

In contrast, recent data from the Fed shows “homeowners’ equity in their housing” is now at its highest level—67.3%—since 1989.  Home values have risen much faster than debt, so many homeowners are in less risky financial positions.

If these factors aren’t driving prices upward, what is?  First, low interest rates, which means low mortgage rates.  A recent survey of home lenders found 30-year mortgages at 3.16%, lower than the 3.43% of one year ago.  Mark Fleming, chief economist at First American Financial, says “anything below 3.5 percent is by any historic standard an amazing mortgage rate.”

Second, there’s a severe lack of housing supply—more buyers, armed with very low mortgage rates, are chasing a limited number of houses.  The National Association of Realtors says the nation has “near historic lows” in the number of houses for sale, “down 28.2% from one year ago.”  Many millennials are in the housing market, often for the first time, and are finding fewer houses on offer.

So with high prices being offered, why aren’t there more sellers?  Remember that sellers still need an affordable place to live, and there are reports that potential sellers are worried they won’t find one in the overheated market.  Unless they are downsizing or moving to a cheaper region, that’s a real worry.

But reluctant sellers aren’t the only reasons for our lack of housing supply.  For the last decade, the U.S. has built little new housing, even while our population increases and millennials enter the housing market.  My next blog will take a deeper dive into our lack of housing construction and what we can do about it.

But its sobering news for current home buyers—there’s no immediate surge of new housing coming that will change today’s lack of supply. Price increases may slow, but they are unlikely to reverse.