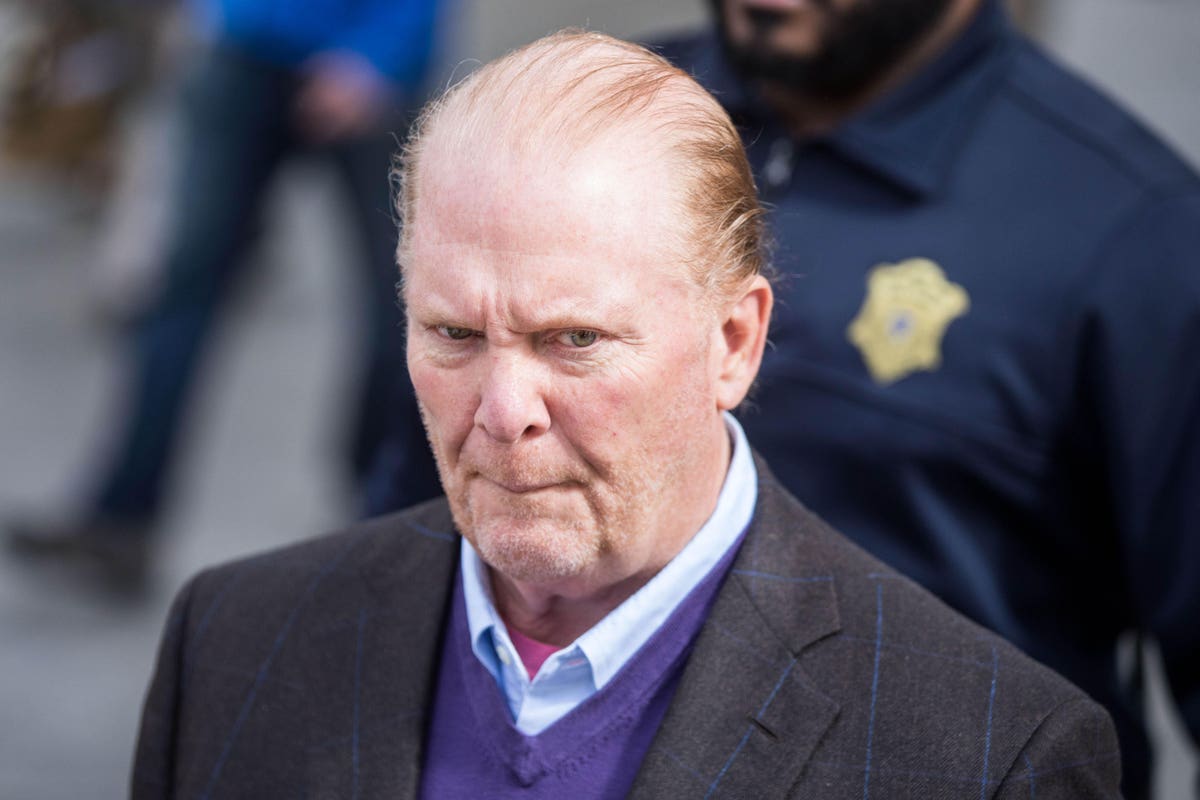 Celebrity Chef Mario Batali and his ex-partner are paying $600,000 for claims of sexual harassment of employees at Batali’s restaurants. Batali and TV food show judge Joe Bastianich’s $600,000 will be divided among at least 20 workers, New York Attorney General Letitia James announced. Batali was accused of groping and forcibly kissing women, among other things. After investigating, authorities said that he and his management firm B&B “permitted an intolerable work environment” at New York’s Babbo, Lupa, and Del Posto restaurants, the NY Attorney General said. The company is now called Pasta Resources. The NY Attorney General said: “Batali and Bastianich permitted an intolerable work environment and allowed shameful behavior that is inappropriate in any setting. More than 20 employees were subjected to a hostile work environment in which female and male employees were sexually harassed by Batali, restaurant managers, and other coworkers,” James’ office said. There were claims of unwanted sexual advances, inappropriate touching, and sexually explicit comments from managers and coworkers. “Several female employees were forcibly groped, hugged, and/or kissed by male colleagues.”

The taxes at play in this situation may seem surprising, on both sides of the equation. The tax law passed in December 2017 prohibits tax deductions for hush money settlements in sexual harassment cases. Sometimes called a Weinstein tax, it prevents individuals and companies from writing off the settlements and related legal fees. But the law seems to say that plaintiffs too cannot deduct their legal fees. The Weinstein tax is supposed to punish the defendant, not the plaintiff. Since this is public, though, it appears that Batali can write off the money as a business expense, which means that it really only costs him about half that amount after taxes. How about the recipients, will the workers have to pay tax on money they receive? The IRS would say yes, even though the sexual harassment might be verbal or physical and might impact victims in a variety of ways. Indeed, getting tax free treatment in such cases can be tough, even though compensatory damages for personal physical injuries are tax free under Section 104 of the tax code.

The problem is that exactly what is “physical” isn’t clear. Many sexual harassment victims where there is little or no physical contact have to pay taxes on their recoveries. Strangely enough, the order of events and how you describe them matters to the IRS. If you make claims for emotional distress, your damages are taxable, yet if you claim the defendant caused you to become physically sick, those damages can be tax free. If emotional distress causes you to be physically sick, that is taxable. If you are physically sick or physically injured, and your sickness or injury produces emotional distress, those emotional distress damages should be tax free. How about damages for PTSD? Post-traumatic stress disorder claims from harassment are common now, and PTSD is arguably physical sickness on its own. So PTSD claims can help steer a recovery toward tax-free. Wording in the settlement agreement is important, and so is how IRS Forms 1099 are handled. Some of the line-drawing comes from a footnote in the legislative history to the tax code adding the ‘physical’ requirement.

It says “emotional distress” includes physical symptoms, such as insomnia, headaches, and stomach disorders, which may result from such emotional distress. See H. Conf. Rept. 104-737, at 301 n. 56 (1996). Tax free money is better than taxable money, and the wording in settlement agreements can sometimes matter in a very big way. However, you don’t want to face claims by the IRS or state tax authorities several years later, adding interest and penalties. If you have to pay tax, there’s a double whammy. You might assume that if you have a contingent fee lawyer, at least the lawyer’s fees are not income to you. However, plaintiffs who use contingent fee lawyers are treated as receiving 100% of the settlement, even if their lawyer takes 40% off the top. The Supreme Court said so in Commissioner v. Banks, 543 U.S. 426 (2005). That means plaintiffs must figure a way to deduct the fees.

In 2004, Congress enacted a tax deduction for legal fees in employment cases, and many harassment cases arise in employment. However, starting in 2018, if a sexual harassment settlement is confidential, the defendant cannot deduct legal fees or the settlement amount. However, it unintentionally seems to also prevent plaintiffs from being able to deduct their own legal fees. The Repeal the Trump Tax Hike on Victims of Sexual Harassment Act of 2018 would change that, making clear that the plaintiffs can deduct their legal fees. That bill has still not passed, but the IRS has said sexual harassment victims can at least write off their fees!

Tax advice before a settlement is documented can save headaches later. The IRS isn’t bound by the parties’ tax characterization, but it is often respected if reasonable. And once the documents are signed it will be too late to try to address it. The interactions between physical and emotional injuries and sicknesses are starting to be explored. Some plaintiffs in employment suits have had settlements classified as tax-free. In one case, stress at work produced a heart attack, physical sickness that qualified for tax free treatment. In another, stressful conditions made a worker’s pre-existing multiple sclerosis worse, and that too was considered tax-free physical sickness. It pays to consider this and other rules about how settlement awards are taxed before signing a settlement.

‘Martian Concrete’ And More Innovations Come To Market As Funding For PropTech Surpasses $9 Billion In 2021
Income Tax Law Changes – What Advisors Need To Know
There’s only a few months left to sign up for advance child tax payments. Here’s what it means for future checks
Millionaire taxes would increase 11% in 2023 under House Democrat plan
Pfizer says Israel data shows third Covid shot restores protection from infection to 95% as it makes case to FDA for boosters