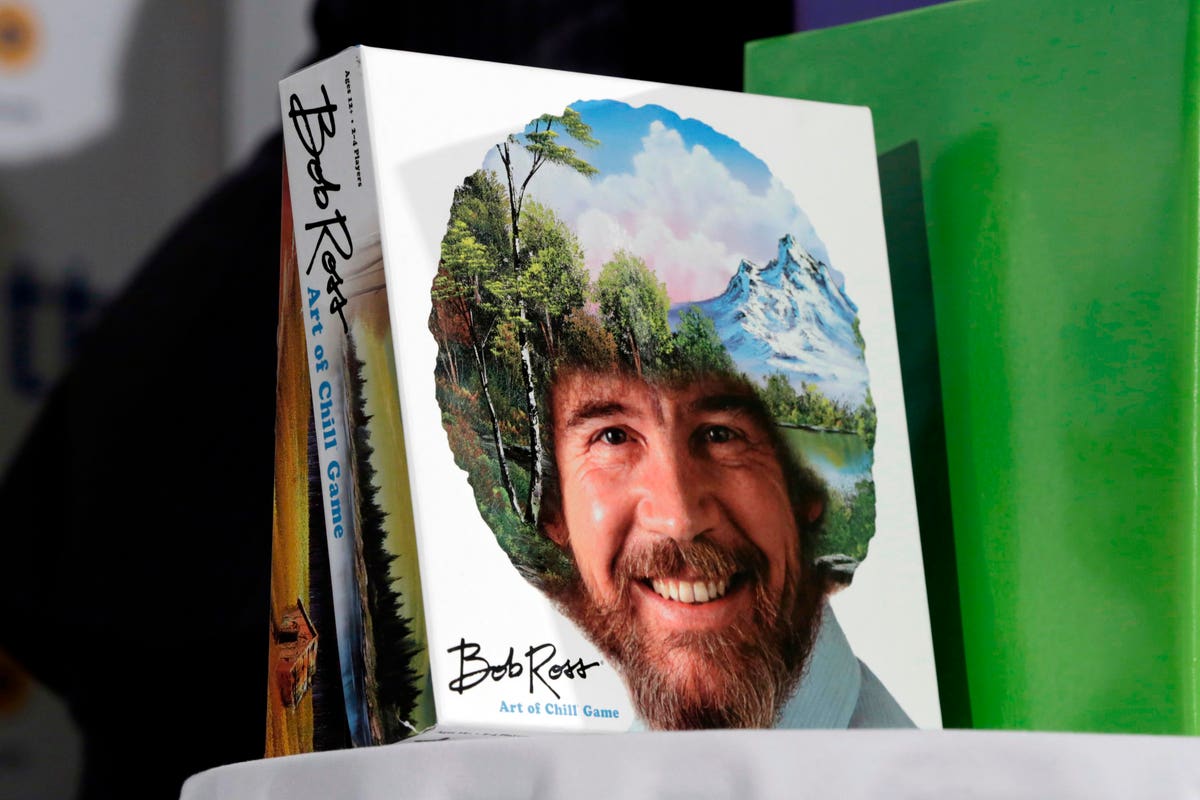 By Kimberly A. Eddleston and Jonas Ruzek, Next Avenue

Editor’s note: This article is co-written by a member of the board of editors at EIX.org from The Richard M. Schulze Family Foundation, which is a funder of a Next Avenue.

NFLX
documentary on the late, beloved, iconic public broadcasting TV host, painter Bob Ross — “Bob Ross: Happy Accidents, Betrayal and Greed” — documents how the artist’s son, Steve, now 55, was allegedly robbed of his late father’s inheritance by the artist’s business partners. It’s worth watching for anyone but offers particular cautionary lessons for business owners that could help them avoid making inheritance mistakes and protect their legacy.

The documentary, produced by actress and writer Melissa McCarthy and her husband, filmmaker and actor Ben Falcone, shows how Ross’ business partners Annette and Walt Kowalski profited from the painter’s talents and reputation by taking control of his name, image and likeness.

The Story of Bob Ross Inc.

Today, the Kowalskis fully profit from sales of Bob Ross paint brushes, paint tubes and other materials; Bob Ross paintings sometimes sell for $8,000 to $10,000 online. (Their business Bob Ross Inc., or BRI, is now run by the Kowalskis daughter Joan and issued a statement calling the documentary an ‘inaccurate and heavily slanted portrayal of our company.”)

The contracts that “The Joy of Painting” host signed with the Kowalskis eventually prevented Bob Ross’ son, a talented painter following in his father’s footsteps, from obtaining the rights to his dad’s name, work and money.

Yet the saga could have been avoided, says estate and business law attorney John J. Rego of Rego & Rego Law Offices in Bristol, R.I., who shares four key lessons from Ross’ story below for other entrepreneurs. (Coincidentally, Rego’s son, John J. Rego Jr., is an accomplished painter.)

According to the film, Ross — an artist engrossed in his craft who created more than 30,000 paintings — didn’t concern himself with the business side of his enterprise. Instead, Ross’s passion lied in sharing his love of painting with the public (31 seasons of “The Joy of Painting” from 1983 to 1994) and convincing his audience that they, too, could paint landscapes.

This, the documentary shows, allowed the Kowalskis to secure favorable terms for themselves in contracts and other agreements with Ross, which they took the lead in creating.

When Bob Ross Inc., or BRI, was founded in 1985, the corporation was set up with equal partnership shares between Ross, his second wife Jane and the Kowalskis. Annette met Ross when she took one of his painting classes; Walt had retired from a career in the CIA.

The corporation agreement said that if one of the four partners died, his or her stock in the company would be equally distributed among the surviving partners and not to a chosen heir. Subsequently, Ross signed over his name, image and likeness (or NIL) to BRI for specific business endeavors, according to court documents. This would come to work against Ross’ son, Steve, too.

However, the documentary indicates that Ross did erect one safeguard: The Bob Ross Trust, which the artist established in 1994. Under its terms, at Ross’ death, the interest in all rights to the painter’s NIL would transfer to his half-brother, Jim Cox, and son, Steve. Yet, Ross made another legal mistake: giving 51% of the interest to Cox and only 49% to his son, making Cox the executor of the trust and the person charged with carrying out Ross’ wishes.

In 1997, about two years after Ross died of lung cancer, Cox folded to legal pressure from the Kowalskis, signing over Ross’ entire NIL to the couple. Steve Ross sued the Kowalskis in 2017, alleging the trust gave him the rights to his father’s NIL and intellectual property, but he lost the case.

In 2019, a federal judge ruled that even though Bob Ross did not explicitly transfer his NIL to the Kowalskis, the many narrower contracts he’d signed with the couple before establishing the trust effectively gave them the rights. By this reasoning, the trust never had the rights to Ross’s NIL in the first place.

Without enough money to file an appeal, Steve Ross hasn’t collected a penny of the profits his father intended for him.

Here are the four key lessons the Bob Ross story offers for small business owners and, in particular, family businesses:

Be sure your lawyer is well-versed in corporate and business law. Says Rego: “This is not the time to ask your relative who is a divorce lawyer for some advice.”

2. Carefully consider how shares are divided now and how they will be divided upon a shareholder’s death. Rego says the Ross story shows how important it is to critically assess what each partner offers to a corporation and then to distribute shares accordingly.

Some would argue that since Ross’ business relied on his image, art and reputation, that he should have had control. Instead, it appears that the four shares were equally divided among the four partners and that upon the death of one, that person’s shares would be equally distributed among the remaining shareholders. This led to the Kowalskis gaining a significant majority over Bob Ross – making him a minority shareholder.

“Instead, if Bob had sought his own legal counsel, his lawyer would have likely advised that in the event of a spouse’s death, that person’s shares would go to their spouse or to an heir of their choosing,” Rego says. “This would have then given Bob Jane’s shares upon her death or perhaps would have had Jane’s shares go to Bob’s son.”

More than 43,000 people have signed a recent Change.org petition to return Bob Ross’ name and likeness to his son Steve. The petition notes that BRI is now worth $21 million.

Tax-Smart Charitable Giving Before You Retire
Social Security benefits are getting biggest boost in 40 years. Here’s why they can’t jump so much every year
Borrowers have a year to get a second shot at public service loan forgiveness
Russia’s Putin says crypto has ‘value’ — but maybe not for trading oil
Goldman Sachs crushes analysts’ estimates on strong investment banking and trading results