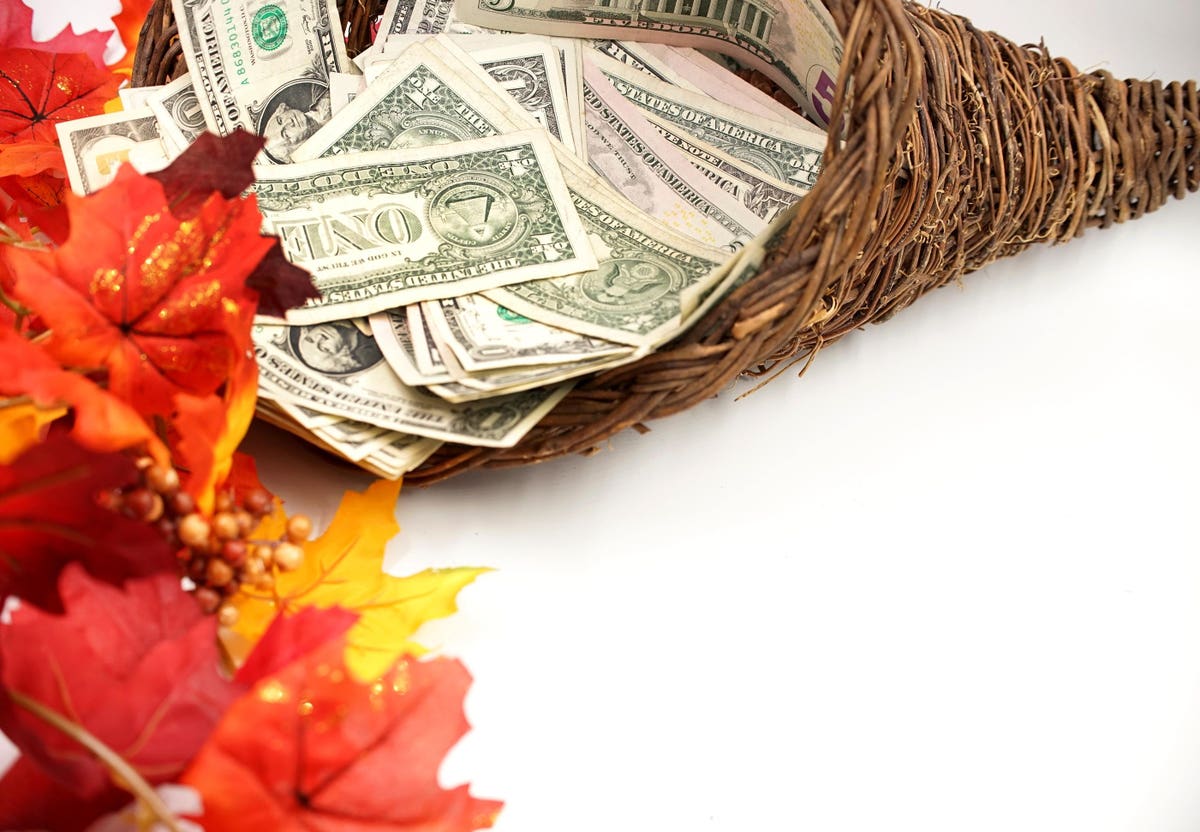 Most Americans have a lot to be thankful for this year.

The economy is doing well, jobs are plentiful, and most small businesses are doing much better than had been expected.

Things were much worse in the year 2020, when the Coronavirus shut down thousands of businesses, and deprived them of sales revenues, while expenses stayed constant.

The PPP program provided almost $800 billion of forgivable loans to small businesses that enabled them to meet payroll, rent, and other expenses, which were tracked and coordinated so that the loan would be forgiven if properly handled.

The generosity of Congress extended to tax treatment, by providing in the Consolidated Appropriations Act of 2021 that the forgiveness of the PPP loans did not constitute taxable income and that the expenses paid with the borrowed monies would still be tax-deductible.

As the result of this thousands of small businesses that are treated as S corporations or partnerships for federal tax purposes had significant losses, but were challenged by loss limitation rules which prevented S corporation shareholders from recognizing a loss if they did not have sufficient basis in their stock.

For example, if the owners of an S corporation started the year 2020 with $50,000 in the corporate bank account and an income tax basis of $50,000 in their stock, and had $125,000 of revenues from sales, $50,000 of PPP loan proceeds, and spent $200,000 on deductible expenses, then the company had a $75,000 loss. Under the S corporation loss limitation rules, a loss is only allowed to the extent of basis, therefore the owners could only recognize $50,000 of the loss (based upon the shareholders having a $50,000 basis in their stock), and the excess $25,000 loss is carried over to be recognized when the shareholders have sufficient basis.

This assumed that the PPP loan was not forgiven in the year 2020, and could not be considered to be forgiven, as basis is increased to the extent of tax-exempt income received via PPP loan forgiveness.

Therefore, if the S corporation in the above example had at least $25,000 of loan forgiveness in 2020 then the shareholders could take their losses.

Alternatively, if the loan was considered to be forgiven in the year 2021 then the losses would be disallowed in 2020 and carried over to 2021 to be offset against 2021 income of the company.

Many shareholders were better off taking the losses in the year 2020, because of the more liberalized Net Operating Loss (NOL) rules that applied in 2020 under the CARES Act, whereby a taxpayer could offset up to 100% of income with NOLs, and also carry back a NOL for up to five years to receive a refund from tax paid in prior years. In 2021, NOLs can only offset 80% of income, and may not be carried back.

The question of when a loan can be considered to be forgiven for the purposes of providing tax basis remained unanswered until November 18, 2021 when the IRS released Revenue Procedure 2021-48.

It provides that a taxpayer may treat the tax exempt income as a result of PPP loan forgiveness as “received or accrued” at the time that any of the following three options occurred that the taxpayer may choose from:

As the result of this the vast majority of PPP borrowers who received their first loan and spent the first money on expenses can now choose whether they would like to deduct the expenses on the 2020 tax return, if they did not already, or on the 2021 return to the extent that their basis did not permit the deduction of the expenses in 2020 even if they applied for forgiveness in 2021 or did not receive confirmation of forgiveness until 2021.

The Revenue Procedure also provides guidance for the taxpayer who does not receive forgiveness in an amount equal to the amount treated as tax-exempt income in a prior year, and states that such taxpayers must make “appropriate adjustments on an amended Federal income tax return, information return or Administrative Adjustment Request (AAR)” for the prior year.

Returning to the original example above, in the event that the company only received forgiveness of $10,000 the company would be required to amend its 2020 income tax return to show that only $60,000 of the $75,000 loss would be recognized, and the remaining $15,000 would be carried over to future tax years to be used when the company has sufficient basis.

While it may seem like a no-brainer to consider forgiveness to have occurred as early as possible as expenses were paid, in some situations taxpayers could be better served by treating forgiveness as having not occurred until it actually occurred. While there is a safe harbor that provides that PPP loan forgiveness is not considered as “gross receipts” for purposes of the Employee Retention Credit testing, it is considered as “gross receipts” for other purposes under the Internal Revenue Code. Therefore, if a taxpayer would be pushed over a threshold measured on “gross receipts”, such as a situation where the amount of gross receipts would cause the taxpayer to change from the cash or accrual method of accounting, it could make sense to push the “receipt” until the following tax year.

The Procedure mentions that the IRS will be providing further instructions for the 2021 filing season to detail how taxpayers will report consistently with the Procedure, so there will be more to come, but for now thank taxpayers for the IRS’s generosity in this latest guidance.

Here’s how to get a jump-start on the upcoming tax season
Europe and Central Asia could suffer another 700,000 Covid deaths by spring as infections soar, WHO says
Top Wall Street analysts expect big gains from these stocks
Climate Change Is Creating Property Investment Opportunities In These 3 Markets
Bipartisan Infrastructure Deal Enhances Health And Safety For American Homes